Scarf are a Melbourne community not-for-profit organisation that has been providing help to the hospitality industry to find and train workers for almost 12 years, and in doing so has transformed the lives of 293 refugees and migrants and resilient young people seeking protection - so far!

Many of our casual staff over the years have been trained with Scarf, and we have been a sponsor of their programs since 2015.

They've now partnered with The Mulberry Group for their Spring Scarf Dinners series, which we are proud to be sponsoring too!

Spring Scarf Dinners will be held every Wednesday night from October 12 - November 30 at Melbourne's Liminal, with all front-of house roles performed by Scarf trainees.

Scarf Dinners are an integral part of the organisation's program offering, enabling participants to gain real, hands-on front-of-house experience in a supportive environment. All trainees are paid the Restaurant Industry Award rate for their work during Scarf Dinners, thanks to support from the Bennelong Foundation and Diageo. 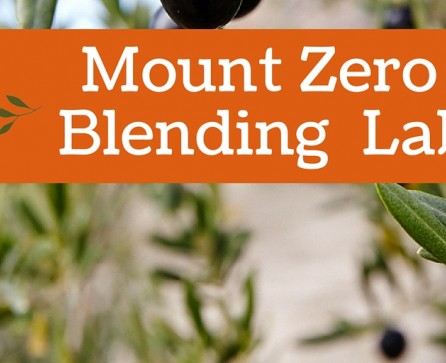 ?We're hitting the lab for a session of olive oil appreciation and celebrating the 2015 EVOO harvest. READ ON Mount Zero's Zero Waste Warehouse Market is back for autumn! Stock up on all your sustainable favourites, plus get in early to snag a free sample of new Hug Tub Oat Milk Ice Cream. READ ON