We're looking to the coast this summer, and this month caught up with Great Ocean Road Gin distiller Ann Houlihan to chat her love of everything local, connecting with her community through business, plus her favourite Mount Zero olive to snack on.

Although the realities of life and responsibilities have rolled around again this month, we're trying to hold onto summer for as long as possible – and what better way than to look to the coast?

This month, Hilary McNevin spoke to Ann Houlihan, who runs the Great Ocean Road Gin distillery in Victoria's Airey's Inlet, plus multiple venues in both Aireys and Torquay. The team distill small batch gin using local botanicals from the Surf Coast, and as well as taking inspiration from the plentiful produce of the region, they're also passionate about supporting its community and connecting with other likeminded businesses.

Read Hilary's chat with Ann below.

It was when Ann Houlihan – co-owner and distiller of Great Ocean Road Gin at Aireys Inlet – was working at Melbourne Food and Wine Festival that she first came across Mount Zero.

“I was with Melbourne Food and Wine for seven years and ran all the outdoor events that highlighted Victorian producers and was exposed to Mount Zero through that, initially,” she says. “They were early pioneers of having a branded product and it’s now so widely known. They’ve just always been there in terms of being at that pinnacle of quality.”

As an advocate for local produce, Ann was with the festival from 2002–2009 and moved to the Royal Agricultural Society of Victoria (RASV) in a management role.

She then fulfilled an ambition to become a distiller and established Great Ocean Road Gin in late 2017 with a move to Aireys with her family. The first gin, named Guvvos after a popular local surf beach, was released in August 2018.

They have since opened a dining room, The Gin Kitchen, have a Gin Garden and Tasting Room and have just opened their own Distillery in Torquay. With this determination and a shared loved of everything local, we’re thrilled to feature Ann as this month’s Mount Zero Hero.

The Distillery is an exciting next step for the business. “It’s part of the community in Torquay and it connects us to another part of the region,” she says. It houses a retail shop open five days a week and the bar is open Friday and Saturday nights with snacks and cocktails on offer. The centrepiece of the venue is the 300L pot still called Joanie, after Ann’s mum.

“We serve the Mount Zero Mixed Olives to snack on and I often gobble the Jumbo Green Kalamata, they’re such great quality,” she says, “and I have my own stash of the Yuzu Olive Oil at home, it’s so good!”

Ann also uses our brine in their Dirty Martinis and this month, instead of featuring a recipe for a dish, Ann is sharing how they make the classic cocktail – you can find the recipe here.

It’s an exciting year ahead for Great Ocean Road Gin. Ann has moved from being a passionate supporter of local producers and is now one herself.

“I really enjoy being creative and I’m doing something that I really enjoy doing. I love being a part of the food and booze community of Victoria,” she says.

1. If you weren't a gin distiller, what would you be doing?

An international traveller, I’d like to work in export.

2. Last place you dined out?

A la grecque in Aireys Inlet.

Gimlet in Melbourne, I LOVE it.


4. Favourite season/s of the year for produce?

Winter for the citrus and summer for raspberries and berries – beautiful summer flavours.


5. Do you have any special projects scheduled for 2023 or beyond?

I’m looking forward to more experimentation with gin and other spirits. This month's Mount Zero Hero Eddie Noble connected with Mount Zero's support of local grain farmers and producers, choosing to use our products in his seasonal, ethical menu as head chef at Brunswick East's Noisy Ritual. READ ON 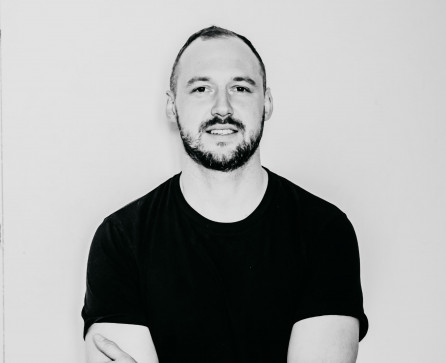 It was over ten years ago, when chef Scott Williams was starting his career with Frank Camorra at MoVida that he discovered Mount Zero products. His ongoing relationship with us means that it’s an honour to have him as our current Mount Zero Hero. READ ON Chef Lauren Eldridge is taking one day at a time right now. The award-winning chef is the Group Pastry Chef for the Van Haandel Group. This role means she oversees the iconic Stokehouse Restaurant in St Kilda as well as the company’s other venues in Melbourne, Fatto and Pontoon. READ ON