From the source: Glenelg River Herbs

High in the Grampians (Gariwerd) National Park, the Glenelg River begins. As it trickles down from its elevated source it slowly increases in strength, winding its way in every compass direction through reservoirs, past recreational river users and thriving platypus colonies, and even briefly meandering through South Australia. Gathering in volume from its network of catchment streams and creeks, it finally heads towards its estuary finish near Nelson in south west Victoria – a journey of around 350km.

Along the way, this vital water course skirts through the productive pastoral land of Western Districts, including a series of farms near Balmoral that collectively form the largest rosemary farm in the southern hemisphere: the farms of Glenelg River Herbs.

The Glenelg River Herbs story started back in 1996, with two entrepreneurial women who could see an exciting new opportunity for the land that their families were farming with traditional sheep and broadacre crops. The idea? Herbs.

Christina Hindaugh and husband Chris travelled on a Churchill Fellowship to the USA, France and England to learn more about herb farming, and eventually settled on rosemary as the herb of choice. However as it turned out unless it was done as a large scale enterprise, herb farming was high risk and low profit.

Luckily, Christina’s neighbour, friend and fellow broadacre farm owner Anita Watt could also see the opportunity, and together the pair developed a business plan and sought investors. The plan was solid, and the money arrived in Christina’s bank account the day after their first pitch. Glenelg River Rosemary was born in March 2000.

Today, Glenelg River Herbs grows not just rosemary but a range of other woody herbs that are well-suited to the dry, Mediterranean climate: think sage, thyme, lemon thyme and oregano, all grown without pesticides, and processed on site in fresh, dried and essential oil forms. The business operates across three sites – Christina and Chris’ property, Englefield; Anita and husband Danny’s property, Tralee; and a third site about 20km away owned by a third farming family, the Officers.

In the early years, it was all hands on deck for the Hindaugh and Watt families, with Christina and Anita managing both the growing and business development side of the operation, and Chris and Danny providing practical support like designing and building the growing beds, and adapting harvesting machinery to suit their new purposes. Today the farm has grown to more than 85,000 herb plants (75,000 of them rosemary!) across almost 20 hectares.

Christina was not just a rosemary farmer. She was a wife and mother of three children, as well as a talented writer and an Order of Australia Medal (OAM) recipient for her contribution to the Balmoral community. She very sadly passed away in 2015, and is much missed by all who knew her, including us here at Mount Zero.

In 2018, Anita was awarded the Innovative Farmer of the Year category at the annual Farmer of the Year awards. And while Anita is still involved in the business as Managing Director, today the day to day operations are overseen by Business Manager, Janet Exell.

Janet spent three decades working for the federal Department of Agriculture in crops research, before picking up the reins at Glenelg River Herbs. A week for Janet ranges from paperwork through to weeding, but there’s one thing she doesn’t do: “Definitely not picking fresh rosemary!” she says. “I sacked myself – just not efficient!”

Instead, Glenelg River Herbs seeks to employ locals wherever possible, and they are the largest private employer in Balmoral. “They are good, reliable staff, and we appreciate them,” says Janet. “In actual fact we have three staff here now who are reasonably new to the job. They have picked up the art of using secateurs very efficiently – much better than me!”

As a perennial plant, rosemary is picked year-round on the farm, although in spring it can be difficult as the plants are in flower. “It’s harder work for the pickers to find sprigs without too many flowers,” says Janet, explaining that customer demand is for ‘clean’ sprigs without flowers.

And who are the customers of Glenelg River Herbs? Well, you’ll find their produce not only throughout the Mount Zero range, but also on plates on many regional restaurants including the popular Bunyip Hotel in Cavendish, in the Herbies range of dried herbs, and even at burger chain Grill’d. “To me that would mean a large proportion of the Australian population would have tasted our rosemary,” says Janet.

But the relationship with Mount Zero is a particularly special one. “To be able to supply Mount Zero with fresh and dried rosemary and dried thyme in such large quantities is great for our business,” says Janet, who describes our herbed range as “glorious products!”

Thank you Janet, Anita and Christina for your hard work and vision. We love working with you and enjoying the fruits of your labour in the form of your healthy and fragrant herbs! 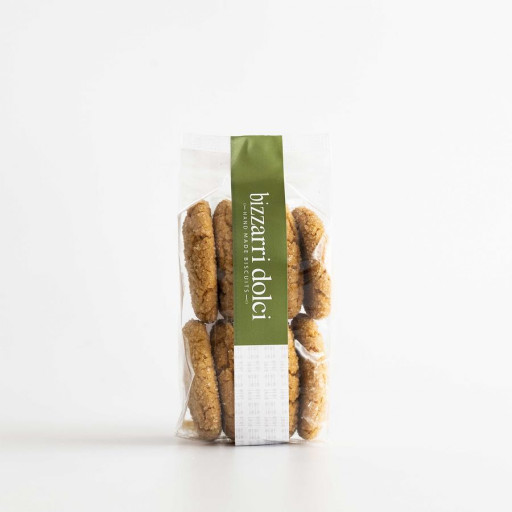