FROM THE SOURCE: Our Organic Chickpeas

Mount Zero Olives Blog FROM THE SOURCE: Our Organic Chickpeas

This is the story of where Mount Zero’s organic chickpeas begin - but it’s about more than that. It’s the story of a regional farming family and an underlying belief about the way things should be done.

Graham and Judith Carter’s story starts off like that of many other rural families.

Graham was born on the family property just out of Serviceton, Victoria - about as far west as you can get before you hit South Australia. It was a given that on leaving school Graham would work on the family farm, or maybe even purchase his own, following in the footsteps of three of his older brothers.

The Serviceton property had been in the Carter family since 1942, originally purchased by Graham’s parents to farm broadacre crops and sheep. Graham had a typical country childhood and met his future wife, Judith, locally at a church youth group. Judith had grown up in a dairy farming family just over the border in Bordertown, and worked in an accountancy firm in Naracoorte.

At the tender age of 22, Graham took over the full operations of the family farm, with his brothers moving on to farm nearby properties. Judith’s bookkeeping and animal-raising skills were also set to contribute.

In the late 70s and early 80s as ‘bigger and better’ commercial farming practices started to come into play - backed by big chemical companies - Graham made a choice.

“Chemical use on farming around here was really starting to ramp up,” he explains. “Around that time there was a bit in the media about issues with some of the chemicals that were being used, like 245T (Agent Orange) and 24D. I just could not reconcile the production of food with the use of poisonous, toxic chemicals that were being applied onto the land – onto crops that were going into food for human consumption.”

“I guess it’s a belief thing, really,” he says. ”I would never have been able to feel easy about doing that, so I never pursued the chemical line at all.”

Graham’s way of doing things may have been seen as ‘unconventional’, but in reality the choice was obvious. His family were early adopters of mineral fertilisers over the more popular synthetic superphosphates, and had an existing inclination to avoid the use of chemicals. “There are actually some of our paddocks on our property that haven’t had any chemical fertiliser on them for 50 years.”

When a friend finally suggested in the mid 90s that Graham should get the farm organically certified, it was an easy decision. The Carter farm has now been Certified Organic for more than 25 years. Today, the Carter family grows organic chickpeas, which we stock at Mount Zero, as well as wheat, oats, barley, rye, spelt and khorasan, as well as merino sheep. The animals are not only prized for their wool, but are a major part of the organic system where they contribute to weed control and paddock clean-up after harvest.

“As time has gone on people have made the decision to go one way or another,” says Graham, reflecting the comparable ease of the ‘conventional’ chemical approach to controlling weeds and diseases. “A lot of my friends are traditional (conventional).”

But it’s a tough and damaging cycle for conventional farmers, once the decision has been made.

“When Judith would take our kids to playgroup, nearly all of the other mothers there were farmers wives, and it was very interesting,” he says. “They’d sometimes speak about how they didn’t like the chemicals that were being used, and how they’d always wash their husband’s clothes separately to the other members of the family because of the chemicals in the clothes.”

“There are people who have said ‘oh, we’d like to use less (chemicals), but we can’t see any other way’,” says Graham. “To be honest, there is no way they’d be able to cope with the work. They can go out with a 100 foot boom spray and spray a paddock in an hour. If we have to go out and cultivate the paddock - and we might have to do that more than once - the same job will take us five, six, seven hours. People would have to have a lot more machinery, employ a lot more people, and they’d never be able to cover the area. They’ve really got no choice,” he says. 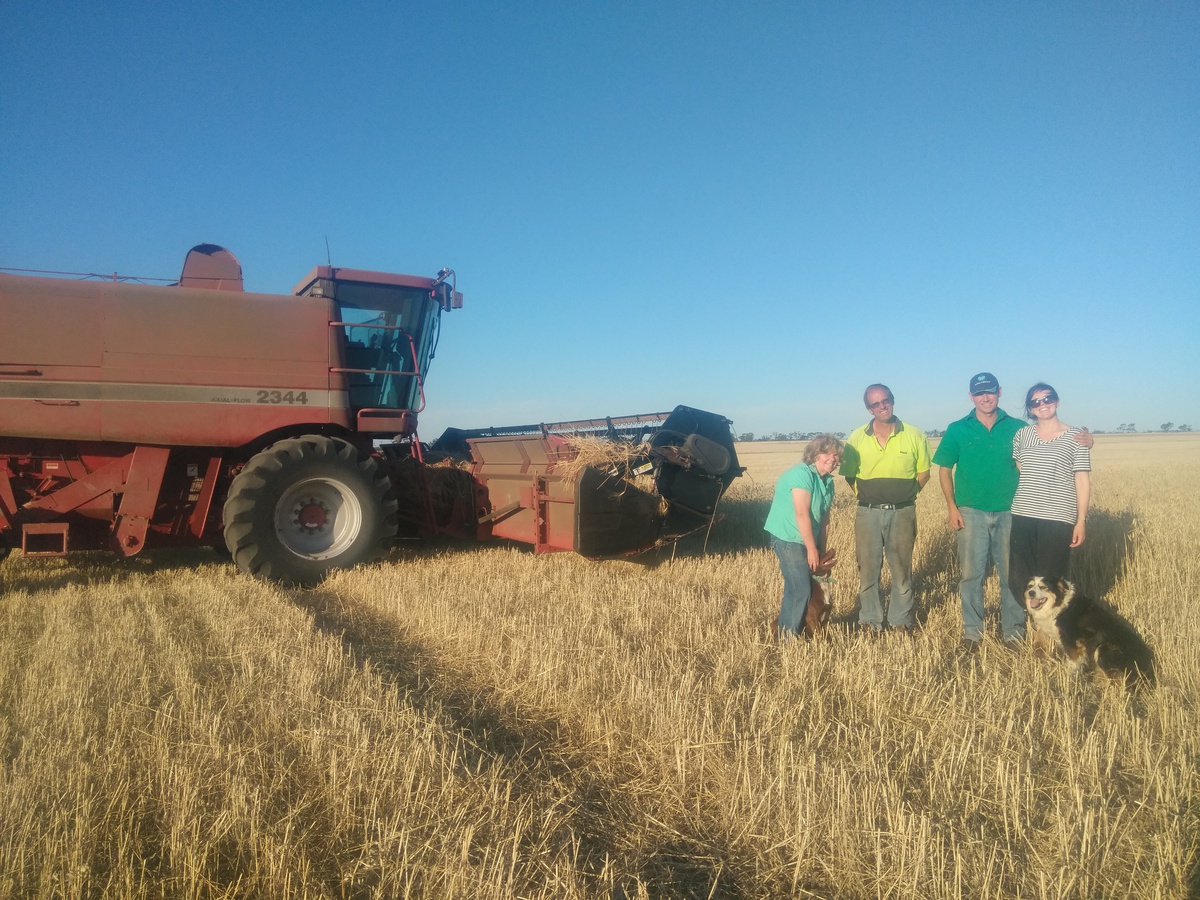 Growing to the conditions

Taking the organic farming route hasn’t always been easy. The biggest issue the Carters face at their western Wimmera outpost is soil fertility, with the soils naturally low in phosphorus - an element extremely important for plant growth.

“If you talk to Judith she’d probably say for ten years straight that I’d come in at the end of the day after harvesting and and I’d say ‘I think this might be the end of us organic farming’, because I was unhappy with the yields,” says Graham. The crops were really struggling to access enough vital phosphorus from soils that were slowly depleting, year on year.

But with hardship comes hope. Today, Graham and Judith’s son Travis and daughter-in-law Millie are also involved in the farm, and it’s Travis who is driving a lot of the research and innovation. After a suggestion about compost from an organic certifier during a routine annual audit, Travis started researching.

“Our son Travis is keen on farming and organic farming, and he certainly does a lot of research himself and comes up with ideas and things to try,” says Graham. “Something we’re doing now, that we started doing three seasons ago, is using compost, and it got us excited. We’ve seen results with the compost that we’ve never seen with any other product that we’ve used.”

“It’s cost a lot of money, but we knew we just couldn’t keep going down the same path that we were because our yields were just gradually deteriorating,” says Graham. “It’s so exciting to be honest, it really is.”

The Carters also use timing to their advantage on the farm, planting their chickpea crops later in the growing season in an effort to avoid the damp, fungal conditions of winter that all but necessitate chemical spraying. Planting later also means that the weeds that spring up in winter can be manually removed before the chickpeas get up and going, reducing the competition for nutrients and moisture.

This season, due to La Nina, it’s been a wetter than usual spring and summer - and sometimes too much rain can do just as much damage as not enough! - but the spring rains have made for a promising harvest nonetheless.

Once harvested, the chickpeas are carted to a certified organic processing unit 25km away in Bordertown, where they are cleaned, graded and packed into bags. From there, it’s time for Mount Zero to place an order - usually a couple of tonnes at a time - and start passing on the bounty of the Carter’s incredibly hard work to consumers.

We purchased our first order of the Carter’s incredible chickpeas in 2010 - a harvest year that Graham says was one of their best - and we haven’t looked back. In our opinion, they are the best organic chickpeas money can buy!

Graham pauses, and reflects on the respect that Mount Zero has shown to both the farmer and the value of the product from the outset. “It’s been an absolute pleasure,” says Graham.

The respect is more than mutual, Graham and Judith. Thank you for your amazing chickpeas, ethical choices and for sharing your multigenerational story. 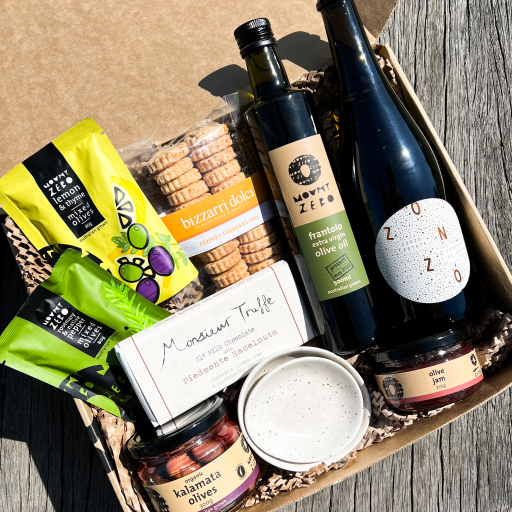