It’s been four years since chef Markus Werner took on the significant role of Culinary Director of Asia for Delaware North, an international food, venue and hotel management company who look after venues such as Melbourne and Olympic Parks and Marvel Stadium.

“I love the role,” the chef says, “Delaware North is a diverse group that has 5+ star resorts to caravan accommodation in the stable, and I like that.”

Another thing Markus enjoys and insists upon in his role is using local produce which explains his connection with us at Mount Zero Olives.

“It doesn’t matter how big you are as a business, you should shop local wherever possible,” he says – and it’s with this that we are thrilled to have Markus as this month’s Mount Zero Hero.

Markus first discovered Mount Zero when he came out to see us at the Grampians as part of a group of visiting chefs.

“I had the full-on Mt Zero Olives experience,” Markus enthuses, “and you only need that once to never forget and be hooked forever!”

From then on, Markus only used Mount Zero lentils and chickpeas on his menus, as well as our marinated olives and Pink Lake Salt, “wherever possible,” he adds.

What keeps him coming back to Mount Zero? “The flavour is always there, in the oils and products – and they offer not just one oil. There is a great range, so you can use different ones to match the dish you're creating. And, they believe in what they’re doing, it’s not just about profit but about quality and I just love the drive they have. Richard [Seymour, Mount Zero’s General Manager] shares his knowledge and creates such a strong, passionate culture around the brand. I like to be a part of this.”

The recipe Markus has chosen to share as Mount Zero Hero stays true to his theme of provenance and quality, with a confit Humpty Doo Barramundi finished with tarragon gremolata and pumpkin puree.

“Humpty Doo is a family business like Mount Zero,” he says. “They are passionate about their fish and are also not just about profit but quality.”

Markus confits the fish in Mount Zero Organic Extra Virgin Olive Oil. “The olive oil makes the fish really tender and adds to its flavour. With great ingredients like these you don’t need to do much. The ingredients really do the talking.”

After the year that was 2020 with events at large venues being constantly cancelled, Markus is hoping for a brighter, calmer and happier future for everyone.

“I’m just looking forward to going to a venue where I don’t have to think about what to do with a mask or a QR code. I love hospitality. It’s all about looking after people and making sure they have a good time, so when COVID is gone, people can relax again, and I look forward to that.” 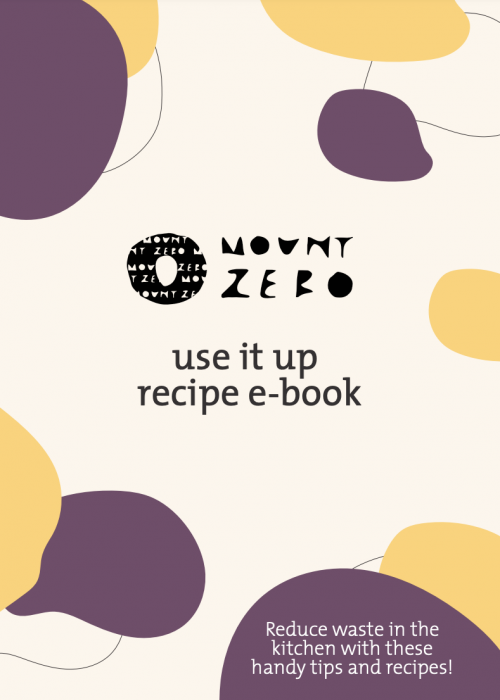