News from the Grove - Reporting from the Australian Olive Association conference

Earlier this month Richard and I attended the Australian Olive Association Conference in Geelong.

Neil and I were founding members 20 years ago and it was interesting to hear about latest research and developments and to reflect on how things have evolved since then.

It was heartening to be among those who received awards that recognise the quality and integrity of the products we put so much effort into producing at Mount Zero. It is a sign that there are a growing number of informed consumers who care about both their health and the environment.

Dr Jose Antonio Amerigo from Spain talked about the health promoting compounds in extra virgin olive oil with particular respect to the wonders of Oleocanthal.  Oleocanthal is only found in olive oil and its concentration varies widely.  The presence of Oleocanthal is evidenced by the pungent pepperiness felt in the throat when tasting olive oil.  Oleocanthal has been found to have anti-inflammatory and anti-oxidant properties.  Currently Pfiser are researching its use for the treatment of arthritis – which is very exciting I think.
Finally, we heard about the pros and cons of organic growing methods. We were very concerned to hear some people talk about the possibility of genetically modified (GM) olives. The risks and dangers of GM have been widely publicised and there has been a strong movement against this practice in Europe, I believe for very good reason.

So, in summary, there is much to be celebrated in our olive oil industry. Neil and I have committed more than 20 years to establish and grow Mount Zero Olives from a derelict abandoned olive grove to a thriving, business that has been recognised nationally and is now distributed across Australia and to selected export markets.  We, alongside Richard, who joined the family business a decade ago, feel proud that we’ve created the legacy we set out to achieve – to improve health and wellbeing by providing health giving products that are sustainably produced. Taking care of the environment has been at the core of our farming practice.

We have worked hard to establish this strong foundation, which will now be carried forward by the next generation. The challenges that need to be faced will be theirs, and I am particularly pointing to climate change and the possibility of GM olives. News from the Grove

In our 25th year of harvesting the Mount Zero Olive grove, we've been blessed by weather but also by our team of fantastic international pickers. READ ON 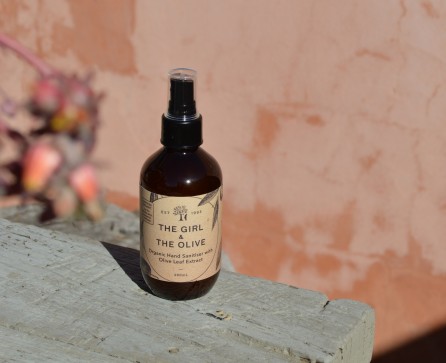 News from the Grove - A Natural Solution News From the Grove (March) by Jane Seymour

Harvest on our Biodynamic olive grove has begun for the 2016 season. Jane Seymour (Mount Zero co-owner) reports from the farm on our 'enhanced organic' approach, the health of the harvest, the season that's been. READ ON